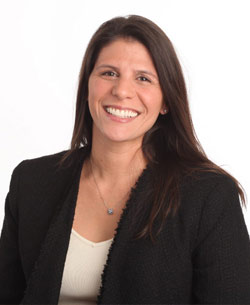 Christine M. Franklin is a Vice President with Octagon, the world’s largest sponsorship consulting practice.  Over the last 15 years, Christine has worked with clients like BMW North America, Fidelity Investments, MGM Mirage, and MasterCard Worldwide in sponsorship consulting, event management, cause, loyalty and integrated marketing.  She has developed and implemented programs with properties such as The FIFA World Cup, UEFA Champions League, the Senior Open Championship, Ryder Cup, MLB ALL Star Game, MLB, PGA TOUR, the New York City Wine and Food Festival, the South Beach Wine and Food Festival and the GRAMMY Awards.  She has also had the pleasure of contributing to campaigns benefitting non-profit organizations including Komen for the Cure, StandUp2Cancer and Share our Strength.

From 2004 to 2008 she served on the USA Field Hockey Board of Directors as the chair of the Advancement Committee.  In 2006, Christine was appointed to the US Field Hockey Foundation Board of Trustees and subsequently spearheaded the Beijing & Beyond fundraising campaign leading up to the 2008 Olympic Games. The campaign proved to be the largest fundraising initiative in the organization’s history.

She graduated from UMASS with a BS in Sport Management where she was a four-year letter winner on the Field Hockey Team. Chrissy earned a Master’s degree in Business Administration from the University of Connecticut.

As a family member, Chrissy is honored to be a part of the foundation that Emily inspired.